Scroll down for the line up 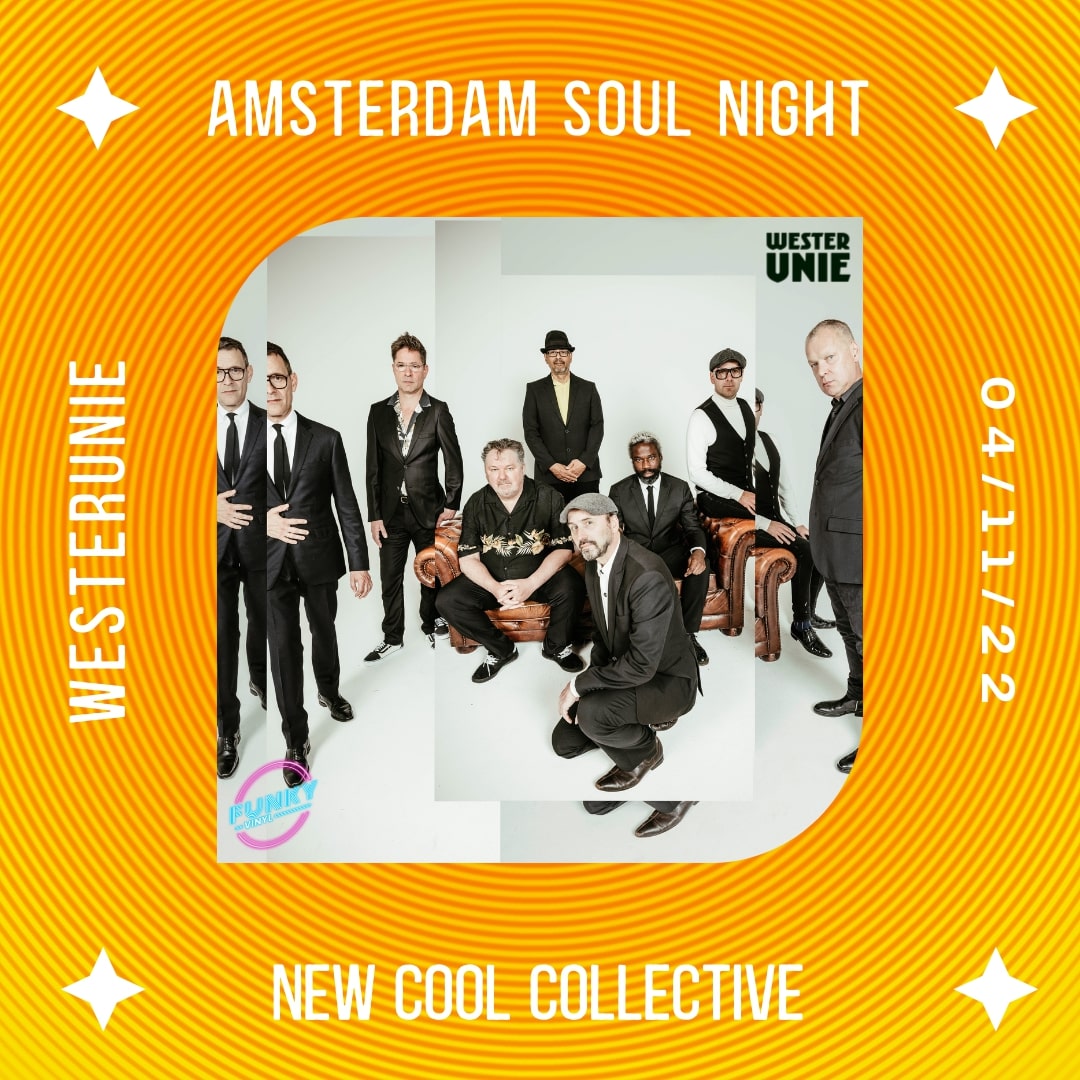 Meer info
New Cool Collective have been happily grooving on 25 years of fame thanks to their unique mix of jazz, dance, latin, salsa, afrobeat and boogaloo. They are always funky, energetic and danceable. 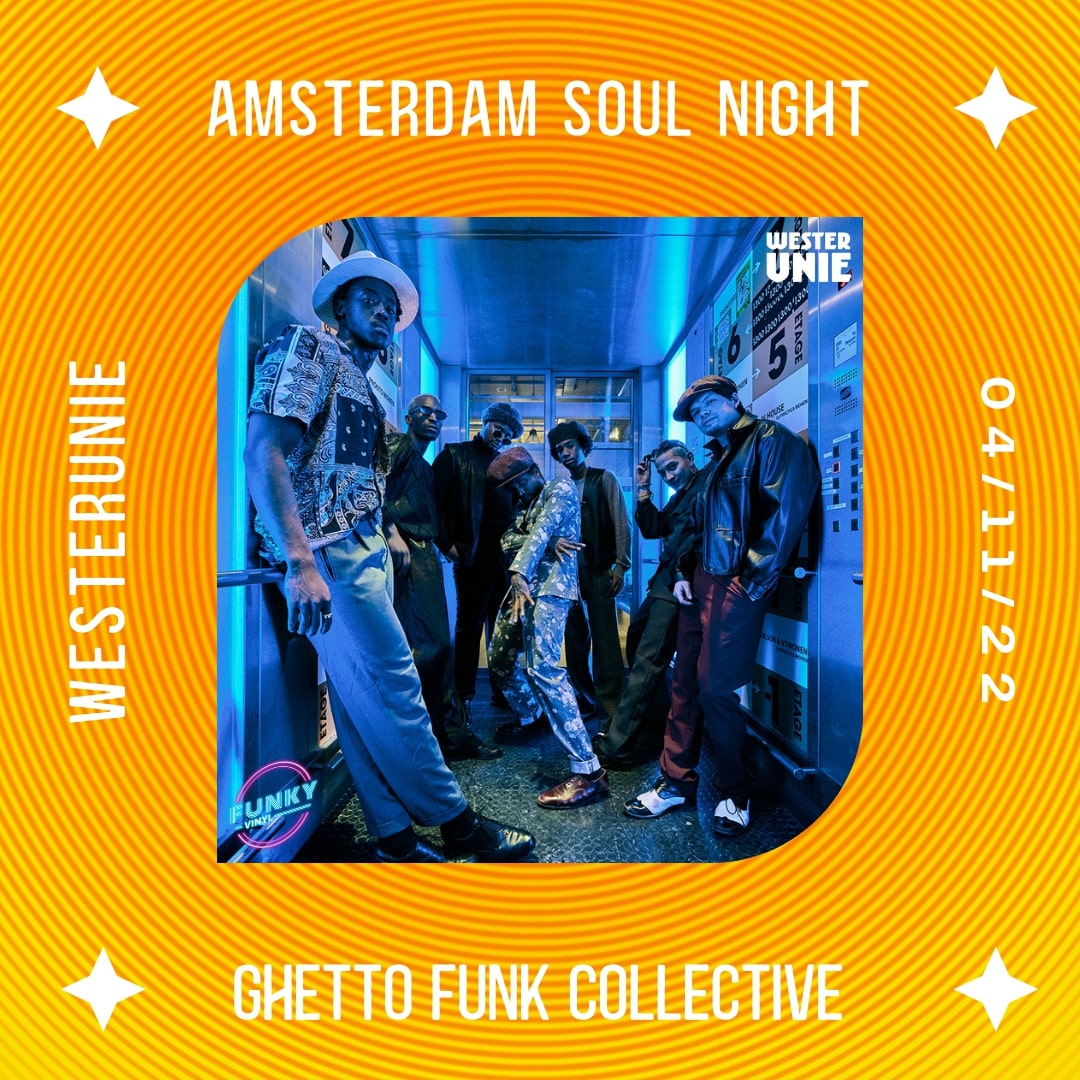 Meer info
Spreading the universal message of Funk. This collective of dancers and dj's will treat everyone who's there on a show you've never seen before.

This Amsterdam based group of heroes travels the world to live for there passion. If the Olympics would value there top sport the'll be running for gold. Try to prepare yourself, but don't try to hard, the'll beat you anyway. Enjoy the ride. 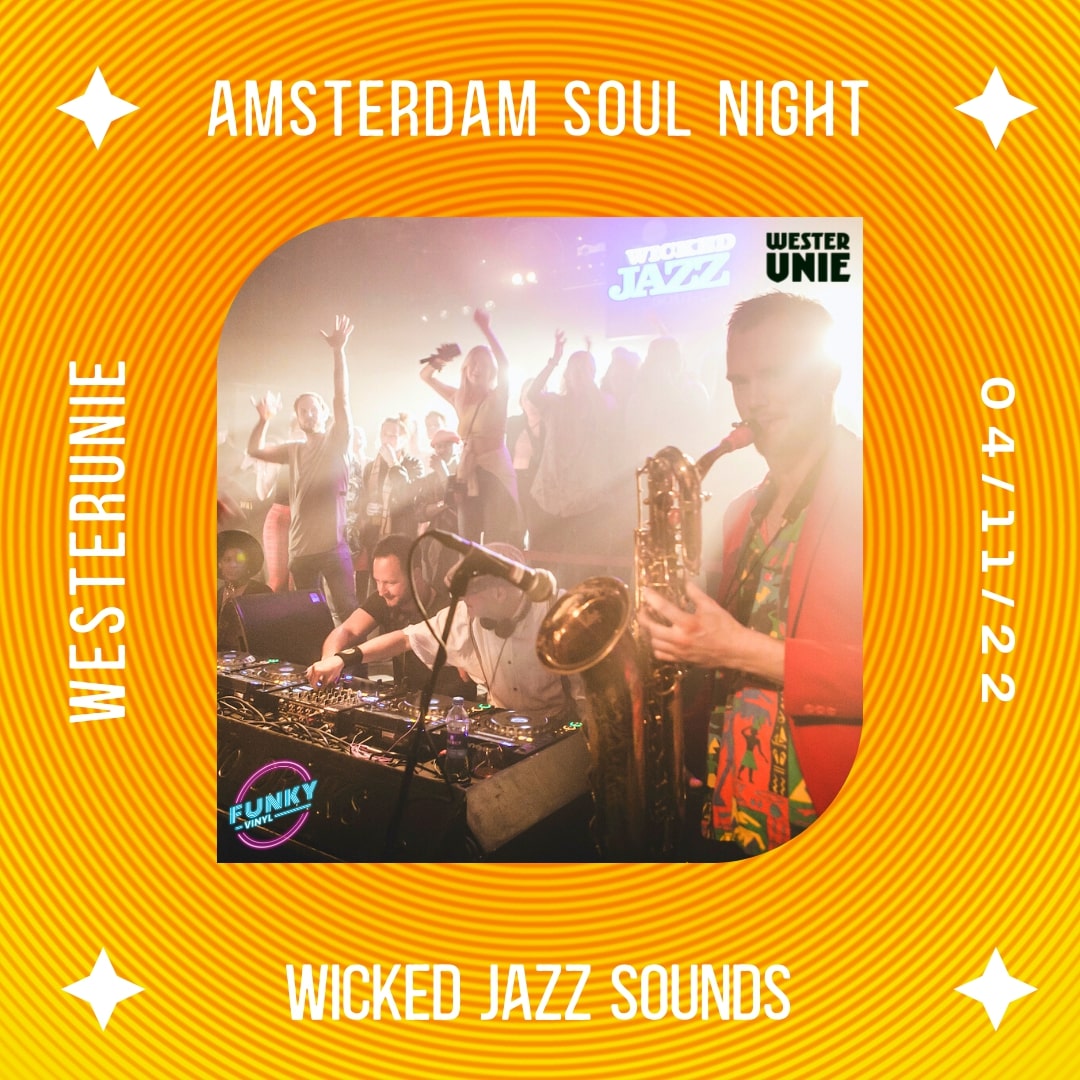 Meer info
Wicked Jazz Sounds has become an institution within the Dutch musicscene. Not only because of the club and festival performances, butespecially as a musical platform. In addition to performances on all majorfestivals like North Sea Jazz festival, Lowlands and many stages in theNetherlands and abroad, they also three times organized their own WickedJazz Sounds Festival, holding around 5,000 visitors per edition. You couldalso know the musical family from its radio shows on RedLightRadio andformer Radio 6 Soul & Jazz or from its series of compilation albums, twoband albums or the weekly updated Tip44 list on Spotify with thousands offollowers.During the live shows, DJs play together with musicians on an infectiousdance floor focused mix of funk, soul, hip hop, house, jazz and more ... itsmotto? Dance with a smile! 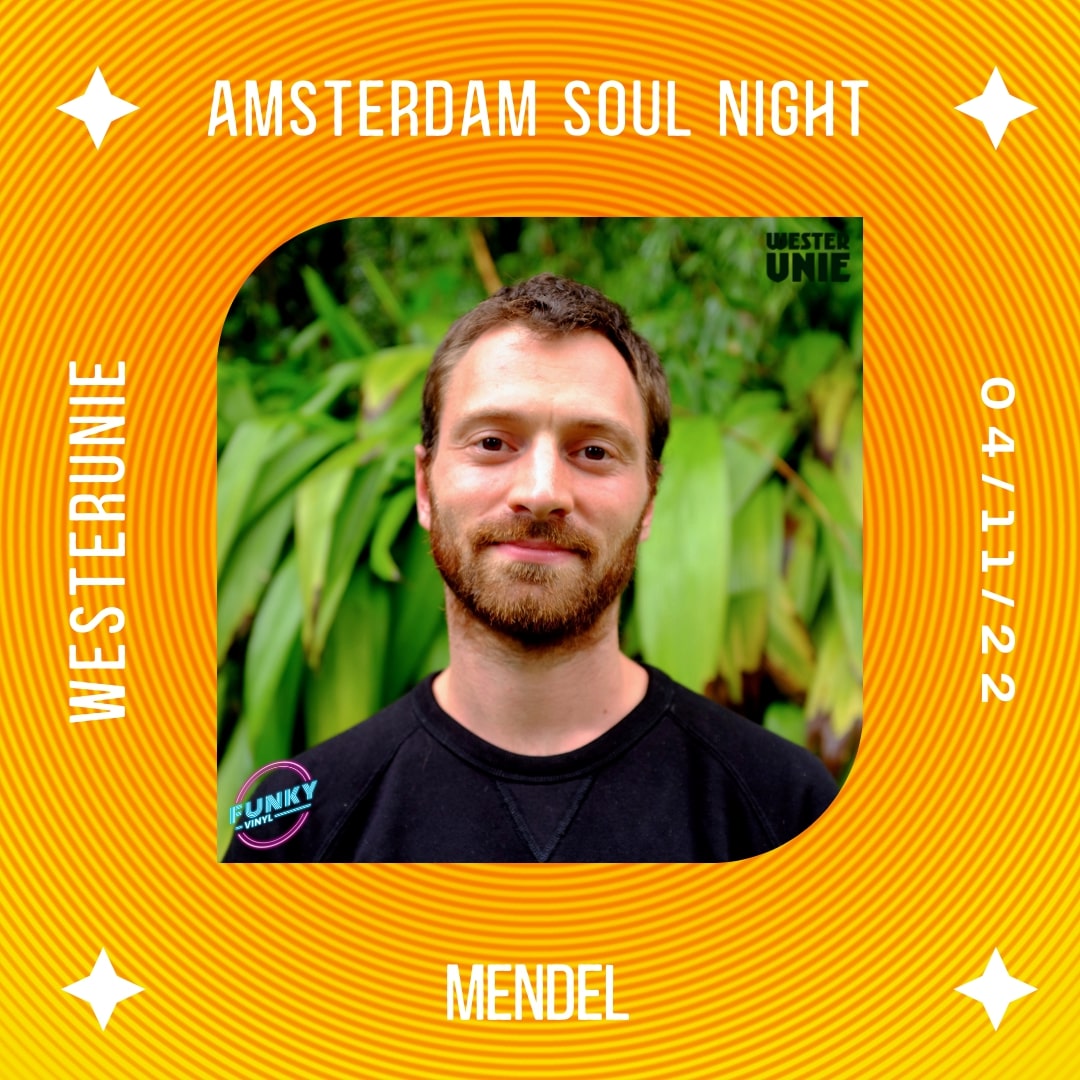 Meer info
Born and raised in Amsterdam, Mendel bought his first record player from a Waterlooplein market stall at the tender age of 10. He played his first set at 15 in hip-hop temple Cafe De Duivel. In these formative years, Mendel immersed himself in studying the origins of hip-hop, broadening his musical horizon. He got a job at Waxwell Records, a second-hand vinyl institution, and fell further in love with disco, boogie and house - the Black American sounds that have shaped him - as well as musical styles from even further afield. His sets nowadays reflect this broad spectrum of sounds; music that can be plucked from anywhere in the last fifty years, meticulously mixed for maximum emotion. 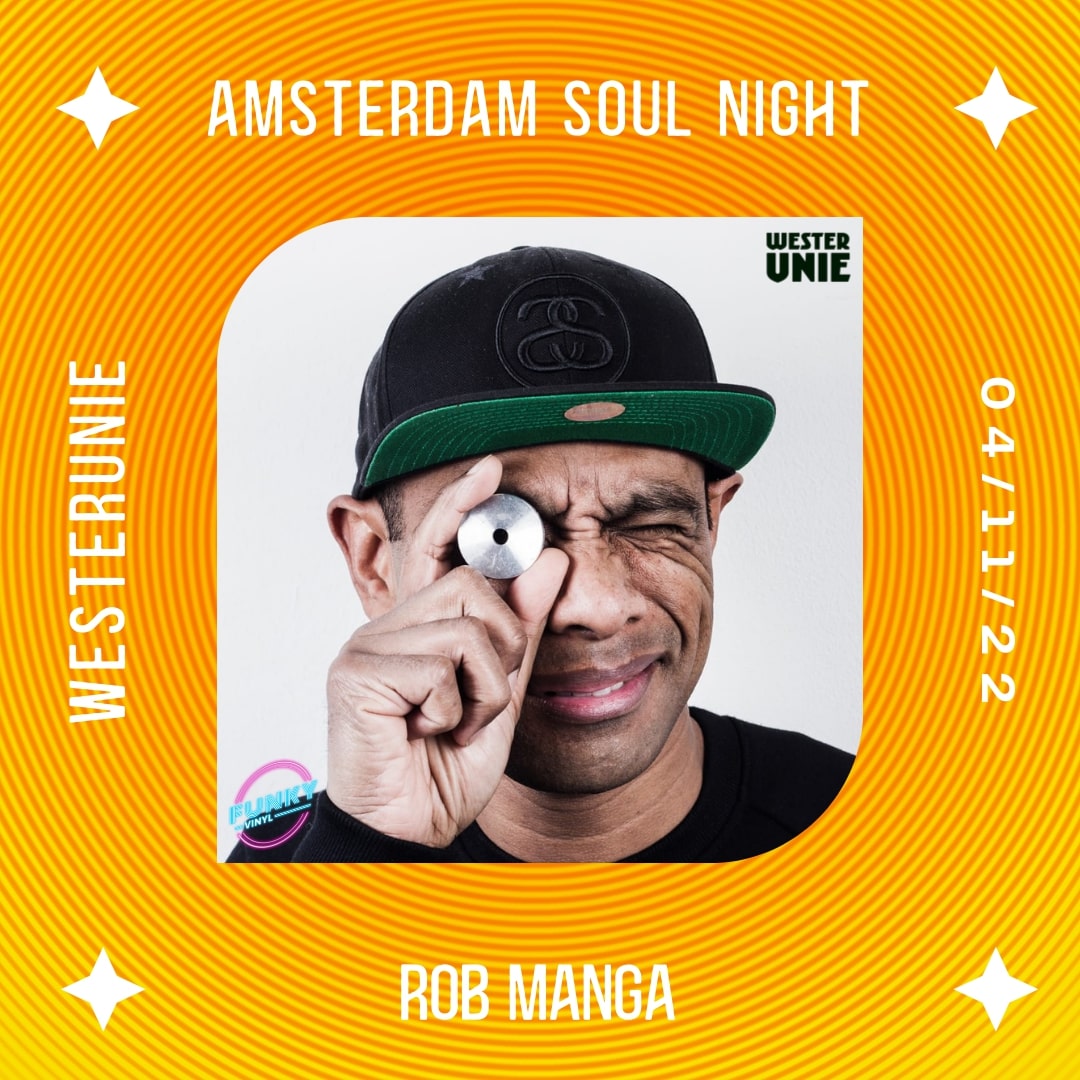 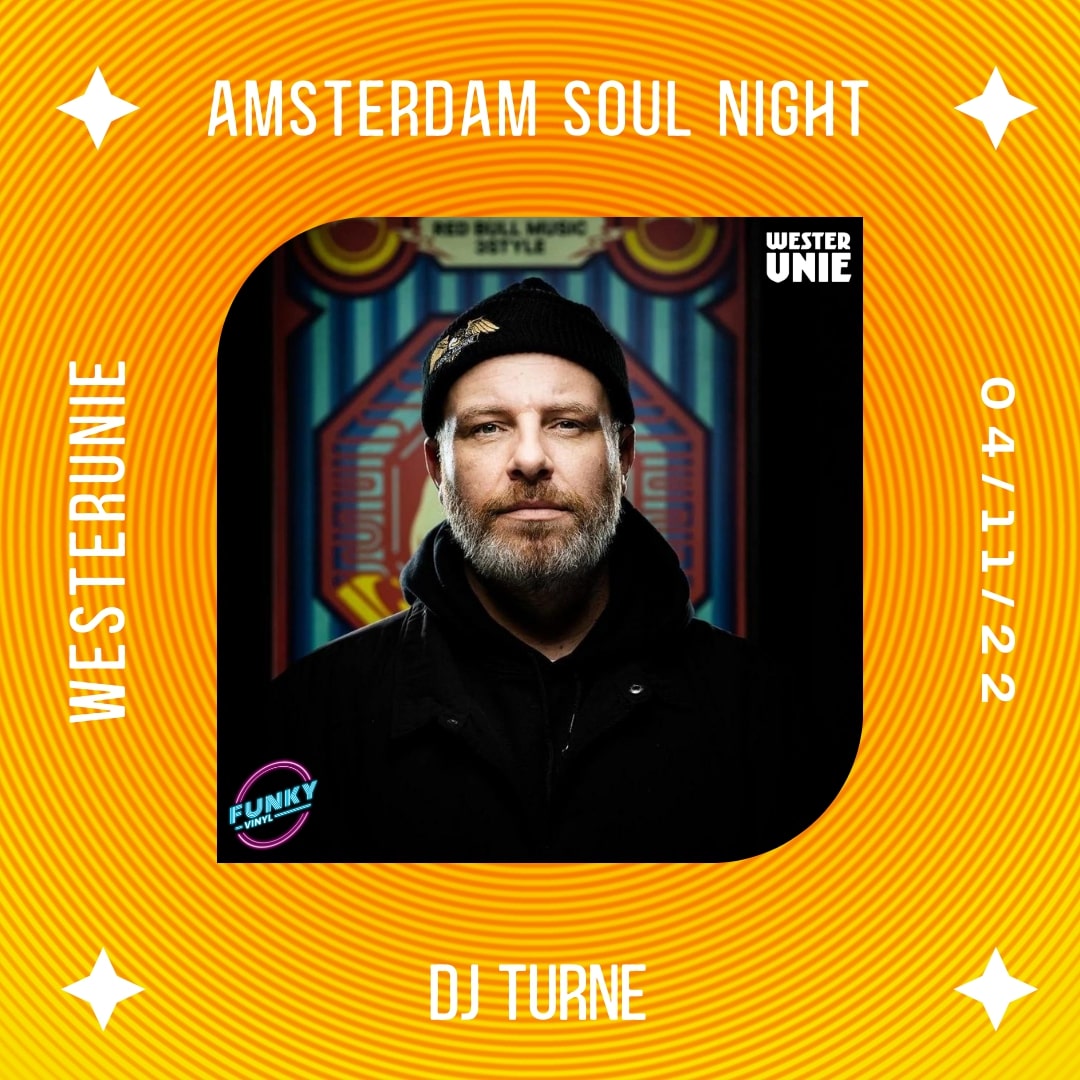 Meer info
Turne Flynn Edwards aka DJ Turne was born in Amsterdam after his parents met each other there in the late 70s. Both his parents came from far far away, as his dads roots lead him to the "motor city" : Detroit, Michigan, USA and his moms leading him bac..

Now for the passed 13 years Turne has been playing all over The Netherlands and parts of Europe and built a following amongst music connoisseurs as one of the leading hip hop, rnb, soul, disco, funk, pop, rock, electro, house, eclectic anything goes DJS. Dedicted to expanding and developing the discipline of turntablism while giving the crowd a night to remember... his sets are full of energy due to his tight mixing combined with tight scratching and his ability to read the crowds needs. Combined with his musical knowledge its a shure shot!Turne's skills have enlivened the proceedings at a number of club nights, concerts, shows, festivals, trade fairs, launch parties and after party's. 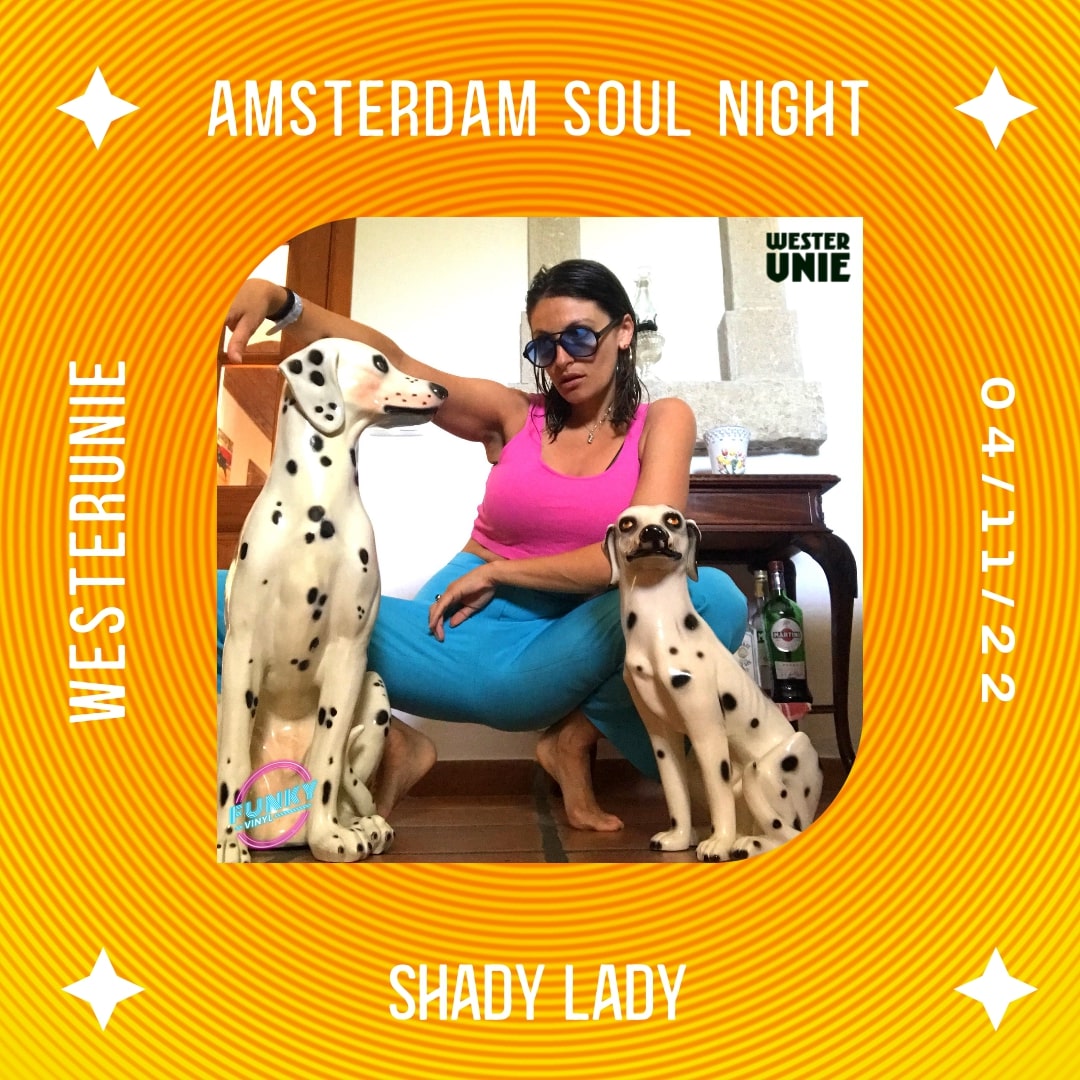 Meer info
Sydney born (Amsterdam based) DJ, time-travels across genres with funky basslines and lyric-laden 1970s disco, 80s italo, protohouse, 90s house, soulful house and deep house. She matches her sound with a high energy and brightly coloured show of dance moves, extravagant outfits and lip syncs. Don’t let the loud looks and comedic value be mistaken for frivolity, go beyond the ever entertaining surface and you’re met with a reverence for disco, house music and the queer culture it was born from. 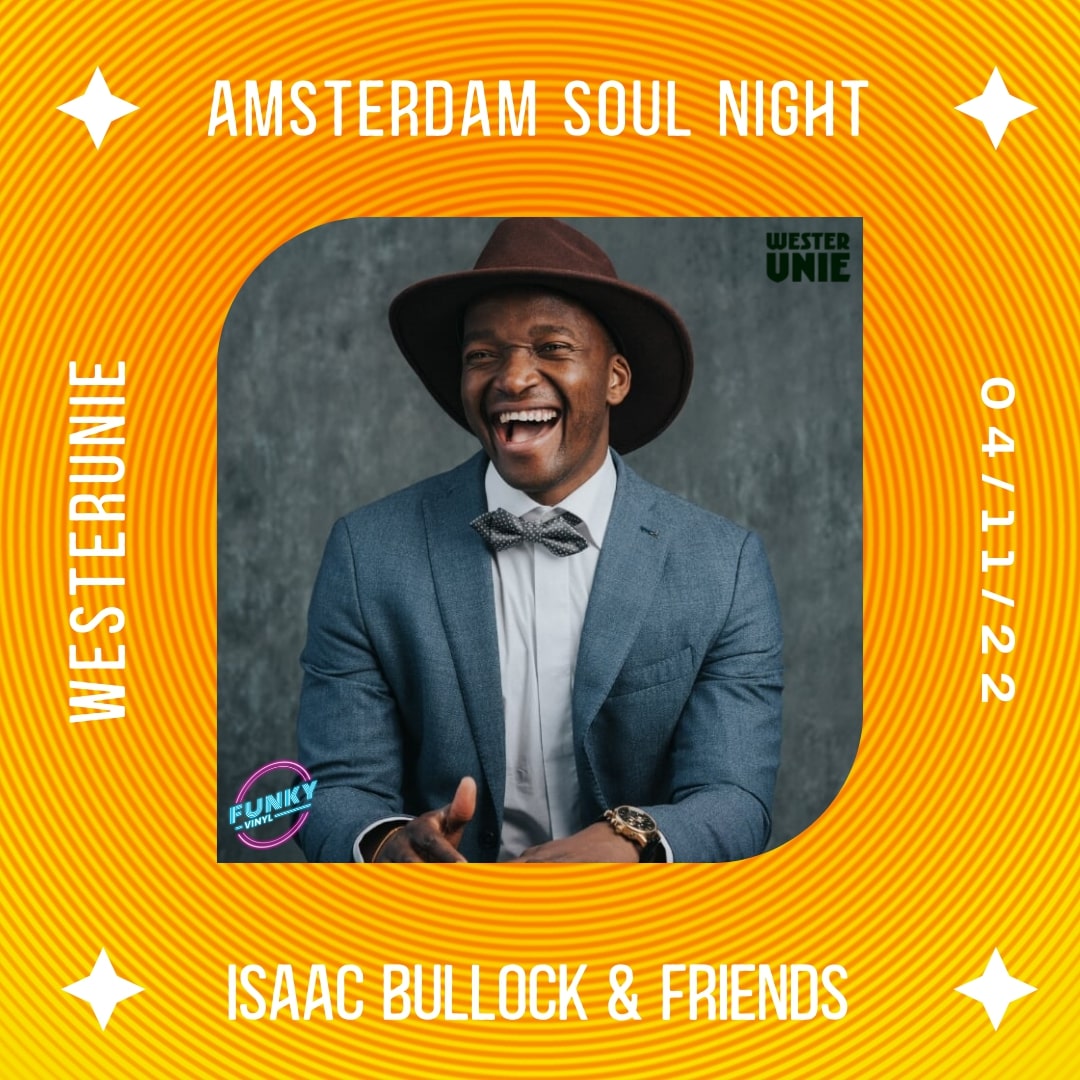 Meer info
Never find solace in settling, attain or die exhausted in the endeavor. I am a creative soul man with career goals and ambitions. I use my marketing and communication abilities to help our clients generate value. What better way to break barriers than to utilize music, a language spoken by all. My capacity to recruit the right teams for the right occasions, the interest for people and their wellbeing, a positive demeanor, a driven and creative mindset and my networking capabilities are the beating hearts of all my endeavors. 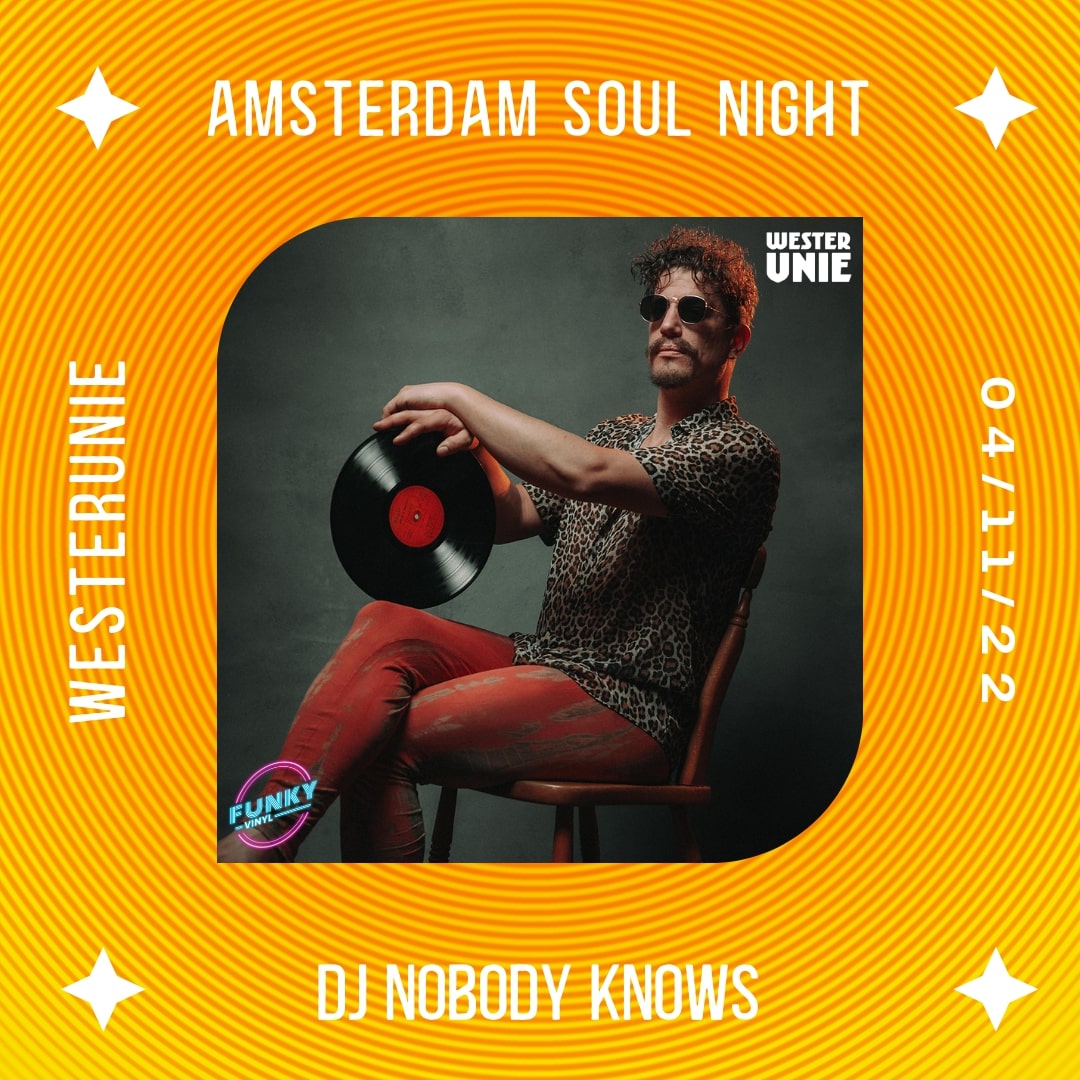 Meer info
DJ Nobody Knows is the founder of Amsterdam Soul Night and the organisation behind it, Funky Vinyl. His passion for music got a little out of hand, what he's really trying to do here: try to get people familiar something new. Music you've never heard before but you'll love it straight away. So get your ass up here and see if he does what e promesses. 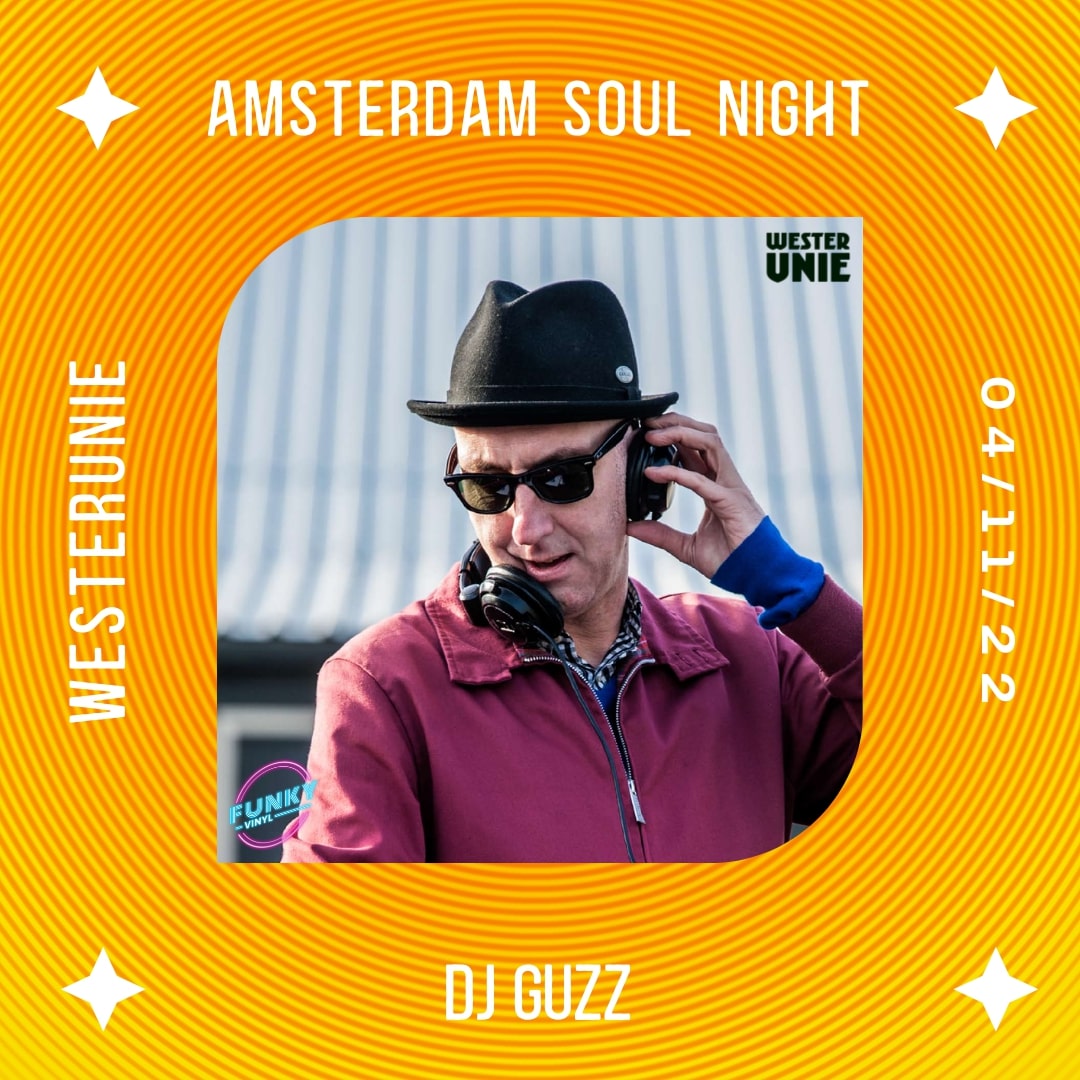 Meer info
A mastermind, DJ Guzz is a DJ whose style resembles no one else's. Totally unique in everything it runs. This Haarlemmer has been collecting the most unique records for more than 20 years. No dance floor is safe from Guzz. With his fine sense of how to keep a dance floor going. Specially for this night he'll present a rare selection of soul and funk dance floor fillers. 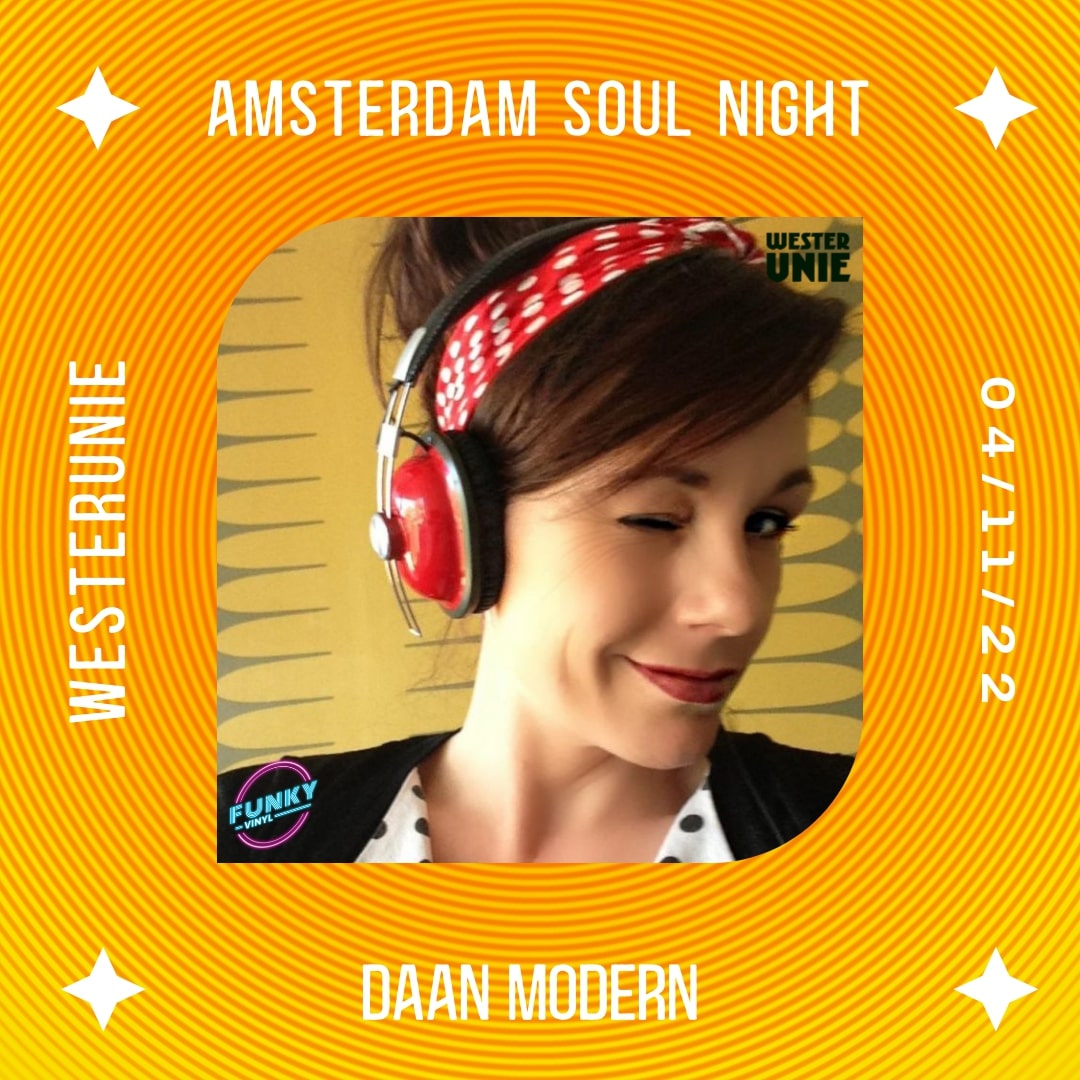 Meer info
From day 1, Daan Modern has been a worthy member of the Funky Vinyl family. With over 20 years of experience, she has set fire to dozens of weddings and club nights. Daan Modern behind the decks, your party is guaranteed to have a dance floor where standing still is not an option. 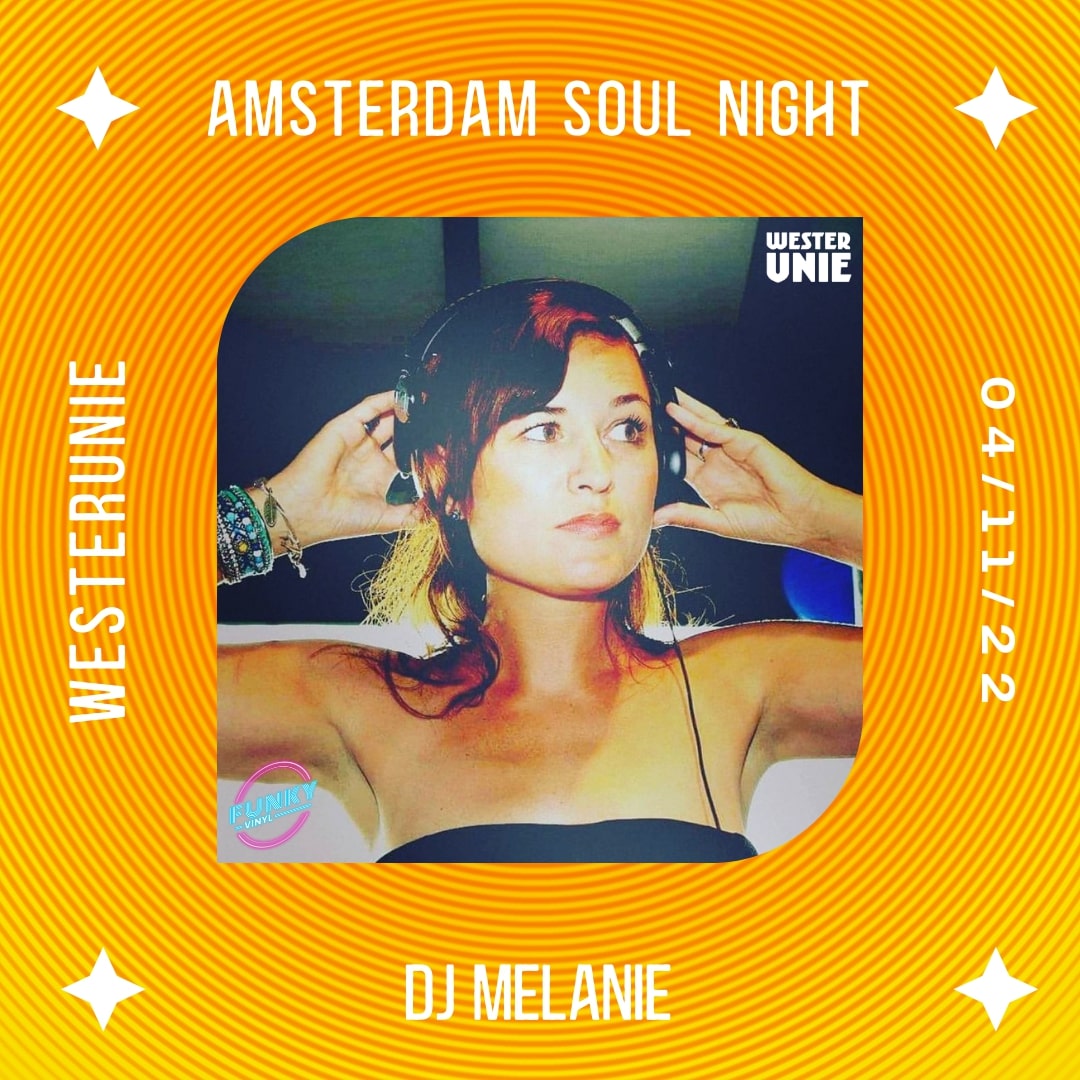 Meer info
This woman is a mother, flight attendant and DJ. Not a double life, but a triple life. On Monday she takes the children to school, on Tuesday she discovers the coolest record stores in Seoul, on Thursday she flies back and on Friday evening she is overjoyed in the DJ booth. We can safely call DJ Melanie from Almere the 'Disco Queen' of Funky Vinyl. 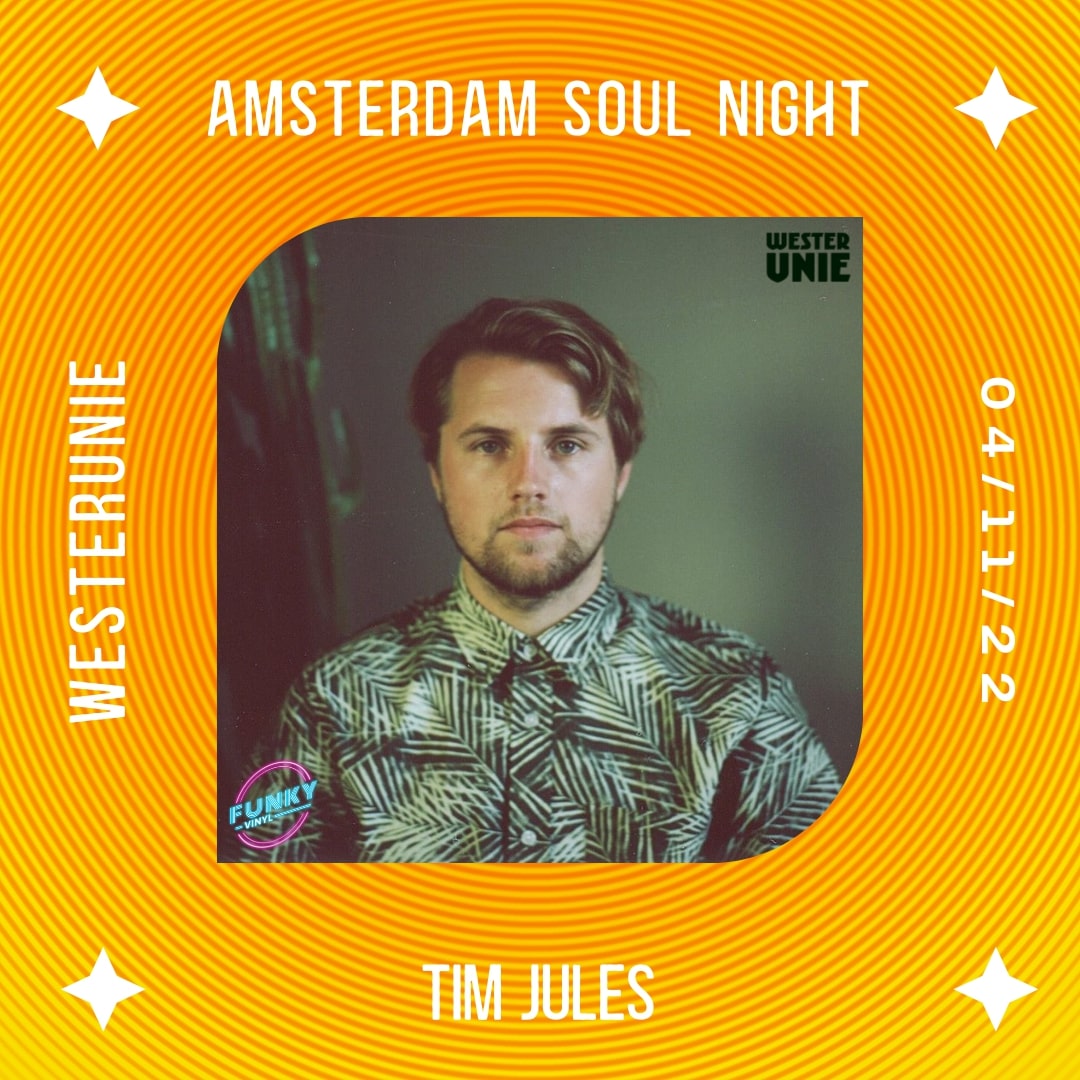 Meer info
If you can't find this all-round creative from Amsterdam in the DJ booth, you'll find him in the theater. Disco with a capital D, Funk with a capital F and Soul with a capital S. This guy is versatile as long as it's funky. As one of the three members of the Tropocalismo trio, he also visits many clubs and festivals throughout the year. Tim Jules is the DJ you're looking for if you don't necessarily just want to hear hits, but music that grooves and never stops.